In a somewhat new development, I’ve noticed that a lot of bars on Street 136 in Phnom Penh are now open during the day. That means they are up and running at 6 in the morning when the most hardcore are just finishing their nights but also at noon when the equally hardcore start their drinking! When I say “I noticed,” I mean I saw that they were open and then instantly headed to them to check out the chicks. I’ve already told you about the hostess bars in Phnom Penh years ago. I’ve gone even further than that and told you about all the new girlie bars in Phnom Penh that opened up in the last year too. Well things change so fast that news about this place can be outdated almost as soon as you write it! At least one of the most interesting hostess bars in Phnom Penh is now closed. Thankfully, the worst girlie bar in Phnom Penh is gone too 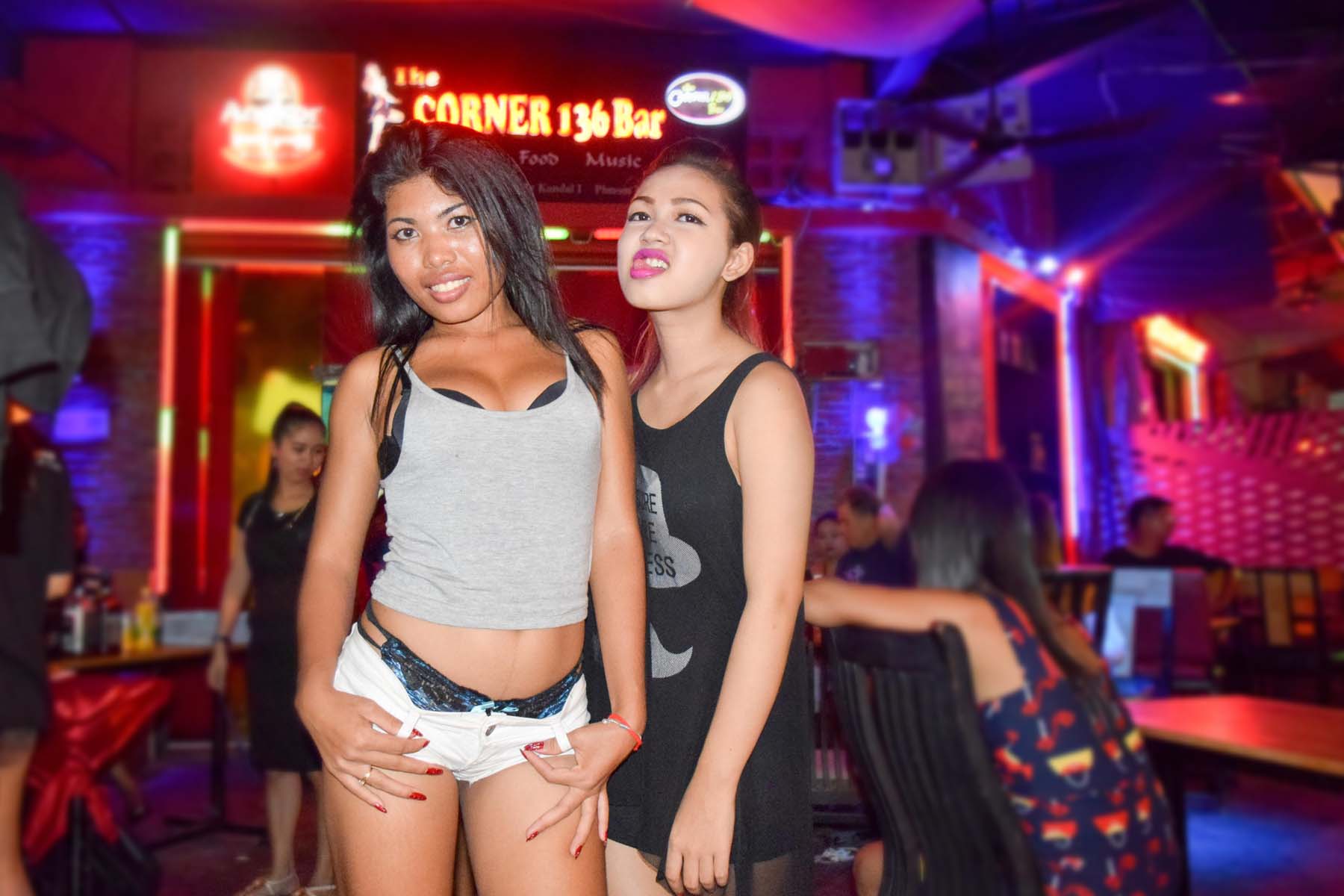 On top of that a lot of the new bars and some of the old standbys on Street 136 are running around the clock. There were always one or two places that tried to do this, but as far as I could tell it never got them much in the way of business. Well, the Walkabout was always filled with people probably largely due to Meth but that’s something else. Plus, the Walkabout is now gone anyway. You might expect to see only a few super worn out old bats in the bars during the daylight hours. You wouldn’t be far off even a year ago, but I’m seeing something different now. There are actually some hot twenty something chicks sitting outside of the bars that are open now even when you pass by in the middle of the day.